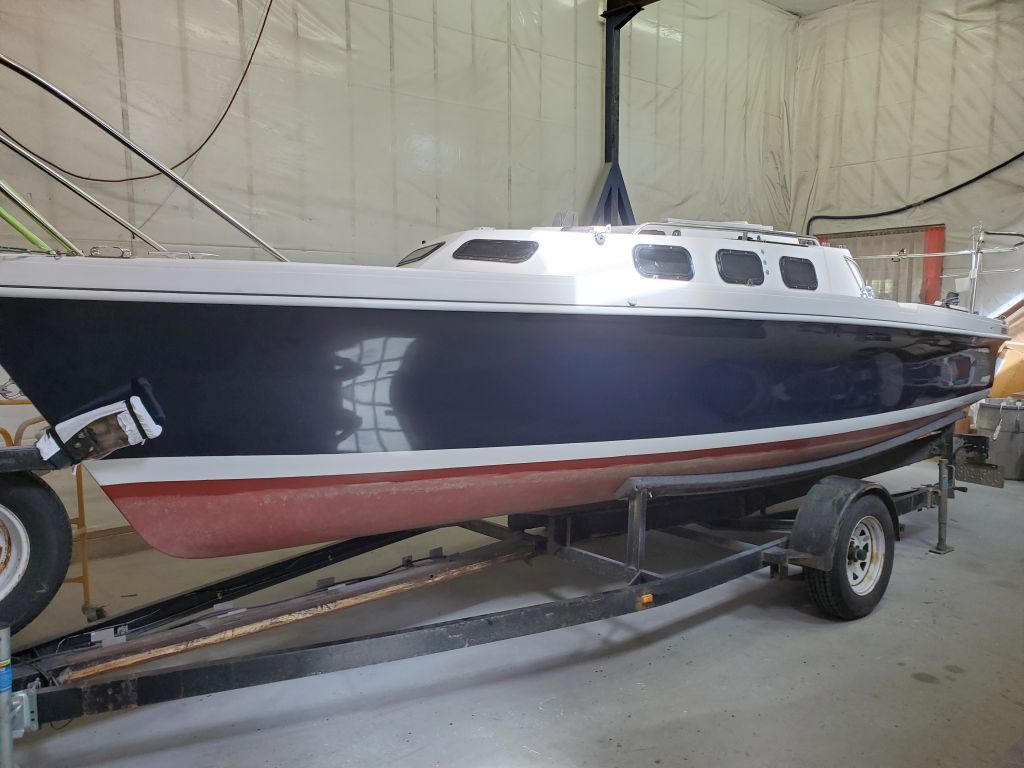 For future reference in re-establishing the waterline, should it be sanded away during the hull prep, I made several reference measurements at the stem and stern, using conveniently-mounted U-bolts to measure from at both transom corners and at the stem.  I noted these measurements for later edification.

The boat was slightly crooked on the trailer bunks, and thus a bit out of level from side to side.  There was no way to reposition the boat on the trailer itself, so I jacked up the port side as needed to level the boat, and blocked the trailer under both sides to supplement the rear trailer jacks and better stabilize the trailer for the upcoming work.

At the bow, I put some blocks beneath the hull for support since I needed to retract the bow chock for access to the hull, and the blocking would limit any tendency of the hull to move around during the sanding work to come.  I removed the extra-wide bow chock supports from the metal bracket to increase clearance.

At the stern, I removed the folding portion of the boarding ladder from the starboard side, and masked from within an outboard wiring hole on the port upper corner after removing its temporary plastic cover.  Then, after cleaning the rubrail and edge of the deck, I covered the decks with plastic and heavily masked along the rubrail above the hull.  There’d be more masking required for paint at the transom to cover the various hardware, but I waited on that for now since any tape would probably get damaged during the sanding operations.