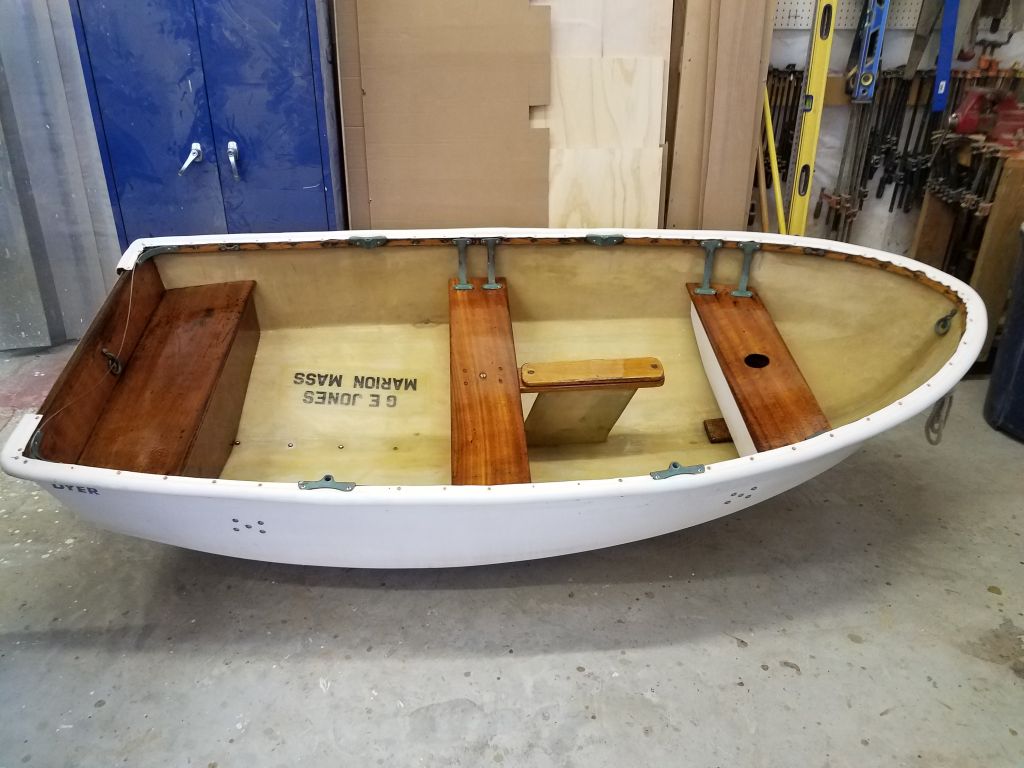 After some basic preparations and setup, I stripped the old varnish coatings off the woodwork, using a carbide scraper and heat gun.  As always, this process was simple and went quickly.

The thwarts, made from mahogany, were in good shape, though the existing finish was worn.  The bent wood rubrails on both sides of the boat–this appeared to be white oak–showed much more in the way of wear and tear because of their location and the fact that most of the finish had long since worn away, allowing the wood to discolor with time.  Most of this wood would be covered later with a flexible canvas-type padded rubrail fender, but I hoped that the weathered wood would clean up fairly well with sanding and, if needed, chemical brightening.  Fortunately, the portion of the rails that would remain most visible–that on the inside of the gunwale–happened to be in the best condition, with most of its finish intact.

The fiberglass housing containing the flotation foam beneath the forward thwart had come loose on one side; repair was as simple as installing two screws to re-secure the molding to the underside of the seat as needed.